How Much do You Know About Towing?

A Little History of Towing 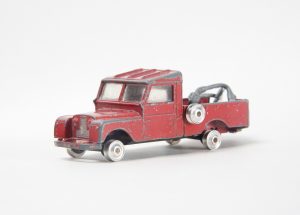 Tow trucks came on the automotive scene in 1915, well after several French and German inventors were finished experimenting with pushcarts and propulsion throughout the 1800’s, and only twelve years after the explosion of Ford Motor Company‘s mass-produced automobile.

It’s best not think too much about what people did with wrecked and inoperable vehicles during the 19th century, but it was probably a lot like auto mechanic Ernest Holmes Sr.‘s experience. In Chattanooga, Tennesee, Holmes found himself helping a friend extract a car from a river (some say it was a ditch). By tying ropes to the car, he and several others spend eight hours using pure body strength to recover the vehicle.

Since necessity is always the mother of invention, this dire event caused Holmes to think about how to make lighter work of what was soon to become a very common situation. The growing popularity of motor vehicles meant there needed to be an easier way to transport wrecked vehicles to repair shops. And to avoid spending half a day helping your buddies every time they ran their car into a ditch.

Only a few months later – using a 1913 Cadillac, poles, a pulley, and a chain device that wrapped around the axle or frame, Ernest Holmes invented the world’s first twin boom wrecker tow truck.

He filed a patent for a more refined version in 1918. The concept involved a “split boom” wrecker that could anchor the truck itself and lift from the opposite end without tipping over. This made it possible to retrieve vehicles that were stuck on steep embankments.

A major success, Holmes’ first models were said to lift up to 15 tons. This made them very useful during WWI and WWII as delivery, supply, and transport trucks. Holmes’ regular wreckers were also used for decades to recover race cars NASCAR and IndyCar.

The Ernest Holmes Co. Automobile Repairing operated for two generations until it was absorbed by Dover Corp., then continued as Century Wreckers, and ultimately purchased by Miller Industries.

Holmes’ method of wrapping a chain around the axle or frame, which causes damage to the chassis, has been mostly replaced by hydraulic towing methods (developed by Holmes’ grandson/Century Wreckers) that involve fitting a yoke on the front or back wheels.

There are four large categories of tow trucks: flatbed, wheel-lift, boom winch, and integrated. All of which can be referred to interchangeably as wreckers, breakdown trucks, and recovery trucks.

These trucks have a metal yoke that’s hooked under the front or rear wheels of the non-running vehicle. A hoist is controlled hydraulically or pneumatically to lift one end of the vehicle up to be transported. Wheel lift trucks can also include adapters that raise the chassis (see Integrated). 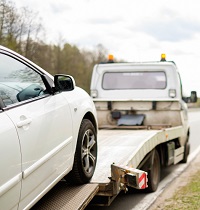 Flat Bed
Also called rollback, these vehicles have a large bed behind the cab. The bed uses hydraulics to raise itself into a ramp so the inoperable vehicle can be pulled onto it. Once the vehicle is in place, the bed is lowered again. Flatbeds are preferred because they don’t put pressure on the frame.

Boom-winch
Boom winches have the ability to lift cars and commercial vehicles that are severely damaged or stuck in a precarious situation. These trucks are equipped with a crane-like system that extends, lowers, and lifts vehicles from one location to another.

Integrated
Used for heavy-duty towing and lifting cars fully off the ground and onto a flatbed, these trucks are equipped with extra axles and a boom lift.

If you’re in need of towing service in Lakewood, Washington, Fife Towing will send the right truck to you.